The Park Practice has developed  a good understanding of the needs of teams participating in multi-sport Games. With Mike Blackie having  having worked as part of the medical team for the London 2012 Olympic Games supporting combat sports, including boxing and taekwondo,  and was also involved at Glasgow 2014 with Rugby Sevens.  From these experiences strong links have developed with proactive  sporting organisations, who have strong welfare considerations with their athletes. 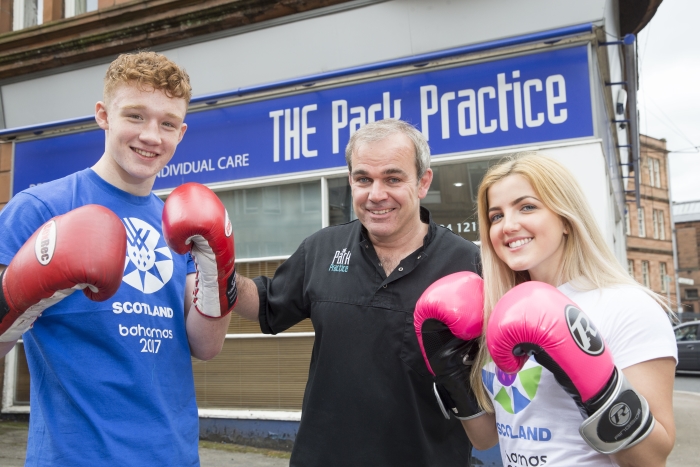 The Official association was  launched  at Scotland’s Commonwealth Youth Games Team Camp in June 2017. The main remit was to  provide an informative briefing for the young athletes about the important part dental health plays in their overall health and wellbeing and how it is an essential part of their preparations ahead of international travel to competition.

This was  followed by engagement with athletes selected for Gold Coast 2018, to ensure they were in peak dental health and that those in contact sports have the best possible dental protection.

“More sporting bodies are realising the importance of looking after the ‘whole’ athlete to improve chances of success and I feel that this link up with Team Scotland will be one of the extra percentage points the athletes need to fulfil their performance potential.”

Jon Doig OBE, Chief Executive of Commonwealth Games Scotland said: “We are delighted to have The Park Practice on board as our dental health supporter.  Many aspects combine to deliver a top performance and dental health is an important component, ensuring athletes get to the start line in the best possible shape.  We are already seeing the impact of the messaging from The Park Practice on our Youth Games athletes and we look forward to a long association with Mike and his team.”

In November 2018 we were appointed as Official Dental Partner for Glasgow Warriors professional rugby team.

With our West End location we are well placed to provide any support the Warriors require either during the training week or on match days at Scotstoun. We look forward to building a great relationship with Glasgow Warriors and looking after the oral health of the Glasgow Warriors’ family

Glasgow Warriors Managing Director, Nathan Bombrys, added: “The Park Practice has been part of our Business Club since we moved to Scotstoun and it’s great that they have seen the benefit of moving up to Partner level and increasing their exposure through the club.

“We know our players oral health is in good hands and we look forward to working with Mike and his team this season.” 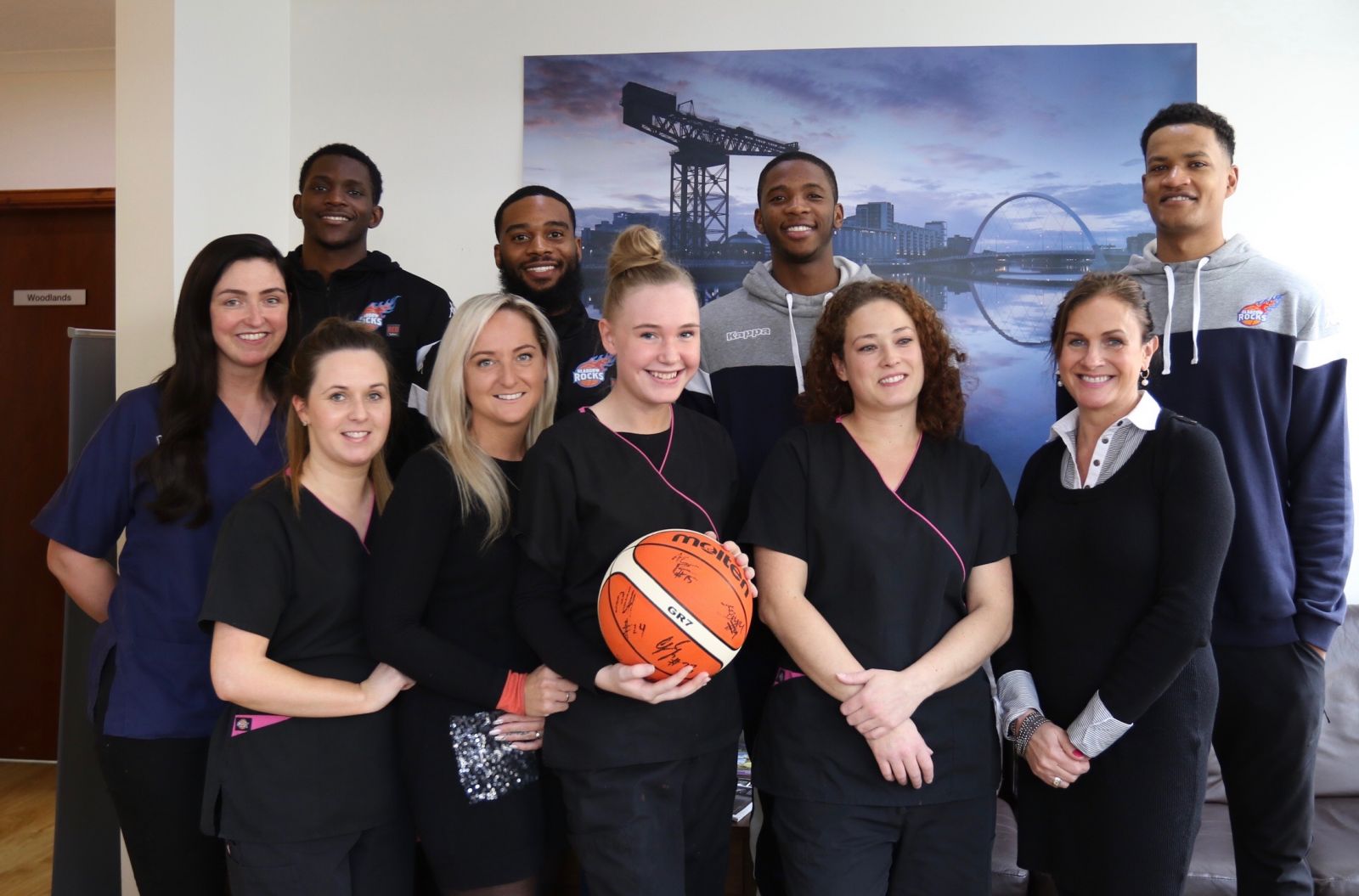 Scotland's only professional basketball team , they play in the British Basketball League and like Warriors are very proactive with the well-being of their players.

We have developed a good relationship with the Rocks and the players now all wear specially fitted mouthguards for training and matches . These are thinner than required for collision sports like rugby .

Rocks Owner Duncan Smillie;
“A partnership like this demonstrates the progress we are making as an organisation. We want our players looked after, as young men and as athletes. Good Oral health is crucial to everyone but it is often underestimated the impact it can have on the bodies of athletes. To partner with the guys at the Park Practice is great news for the Rocks. These guys are involved in so many sports from rugby to the Olympics. With these professionals on the sidelines, we’re in safe hands.”

Tell people about us. Don't keep it a secret if you have a good experience!

April 2022 :
New patient registrations are very welcome , please get in touch and we can address any questions you may have.


Patients have been attending their scheduled appointments for all aspects of their dental care.
It is very important that if you develop a dental emergency please contact the practice and we will discuss how we can resolve the problem and schedule an appropriate appointment time .

Our dental team have been continually following our Operating Protocols in a methodical manner to ensure we maintain our high standards for your appointments during easing of recent Covid19 restrictions
We have installed industry leading Air Purifiers which change the air in our surgeries and reception area 10 times every hour.
In addition we have installed a new In-Line Ventilation System which introduces clean air into each surgery every few minutes.
These are part of the factors in place to make your visit comfortable and allow us to focus on your dental care.

The Park Practice has always been very focused on improving our patients dental health to ensure there is no long term effects so it is vitally important that if you have a change in your dental health that you make contact and we will be delighted to help you.
.

If you would like to register please make contact on 0141-334 1211 and our team will be able to help you.
Your registration will be on a private basis. We have decided to focus on our new registrations being independent of the NHS , and we have developed a practice Dental Plan which will ensure we maintain the high quality care the practice has offered over the last 20 years.
There are many benefits for patients , including dental examinations and hygiene treatments and providing a discount if any treatment is required.
Please ask our reception staff for details , or see information on this site.


The health and wellbeing of our patients and our dental team remains the utmost priority. These last months have been challenging for everyone but we are confident that your visit will be in a very safe environment and you will still experience the high dental care standards that we have prided ourselves on for the last 20 years.